Things To Enjoy In San Francisco

San Francisco offers a wide variety of attractions for the locals, visitors and tourists. The possibility of things to do in the city seems to be endless. However, the “Top Things to do” in San Francisco involves visits at the waterfront, around town, and on the city’s ocean and bay fronts. One spectacular sight at the Waterfront of San Francisco is the “Golden Gate Bridge” the most photographed sight in the world. It stretches 4,200 feet with a towering height compared to a 65 story building. A walk at the bridge is one of the most enjoyable things to do. Another popular sight of San Francisco’s Waterfront is the Alcatraz, a former prison for the notorious criminals. The interesting part to do at this place is the self-walking guided tour through the aid of headphones that narrates the whole story of about Alcatraz. Half a dozen blocks along the...

As you pass through Columbia you can see the Fallon Theatre located in a historical building the 120 year-old theatre in Columbia State Historic Park includes 274 seats, including a balcony. Rebuilt after it burned in the great fire of 1857.  Owen Fallon rebuilt the theatre but the second building was also destroyed by fire just two years later in 1859. Having learned his lesson, the third building was built of brick and opened in 1860 as the Fallon House. In 1947  the California State Park System purchased the theatre from the University of the Pacific and included this in the beginnings of Columbia State Historic Park. The theatre continued to be used by University of the Pacific theatrical students for summertime performances until 1982. In 1983, the entire structure was restored and opened as the Fallon House Hotel and Theatre. After the restoration, the Columbia Community College Drama Department produced shows...

Twain Harte is a small community just east of Sonora on your way up Hwy 108. Twain Harte is home to one of the better food markets in the area, (The Twain Harte Market) which strives to offer the best in local, regional, and international food products. You’ll find many unique and everyday items along with a good selection of food, wine, floral, and other specialty food items and a full service deli and olive bar. They work hard to integrate a wide variety of organic and natural foods into all areas of the store to accommodate all tastes. Twain Harte is also home to a public nine hole golf course featuring a small pub for drinks and bites after your round. Twain Harte hosts a number of events during the year including Live Music, a Fourth of July Parade, Community Fair, Oktoberfest and others.  A small downtown offers...

Find Your Heart In San Francisco

Alamo Square San Francisco at night Chinatown To some, San Francisco is the quintessential American city, and most first-time visitors discover a similar feeling upon leaving. The tumultuous rollercoaster of the city’s history, tied in closely with the history of the United States, has created a mecca of modernism and tradition, revolution and reaction, sassy style and sophistication. Find airfare to San Francisco now and don’t miss out on another minute of the action! San Francisco has experienced a parallel history with the nation’s evolutions and revolutions. San Francisco began as the Spanish colony of Yerba Buena, followed soon thereafter by the California Gold Rush, which exploded the city’s population nearly 25-fold within a year. An earthquake followed by the Great Fire nearly destroyed the entire city in 1906. Since San Francisco’s early cityhood it has been a mosaic melting pot of Chinese, Japanese and Italian immigrants (to name... 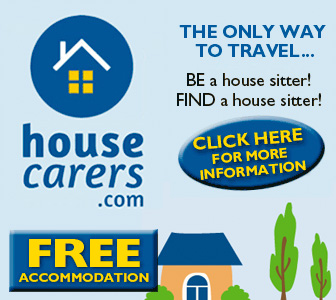